“Reading is like travel, allowing you to exit your own life for a bit, and to come back with a renewed, even inspired, perspective.”― Laurie Helgoe

Reading transports us. Last year, I strived to read books that took me away from the comfort of the world I know and show me unknown places and introduce me to unknown people. I continued that goal this year, aiming to read more books by people of color and reading many genres including those I don’t tend to gravitate towards, wanting to expose myself to world-views unlike my own and learn as much about the world as I could.

By reading a roughly 50/50 mix of fiction and nonfiction, I ’traveled’ to every continent except Antarctica, encountered many alternate universes and time periods throughout history, and spent time in unique American neighborhoods, including the Indian community in Cleveland, a Muslim-American community outside of Chicago, the diverse streets of Brooklyn, the black neighborhoods of urban Chicago, and Hollywood. 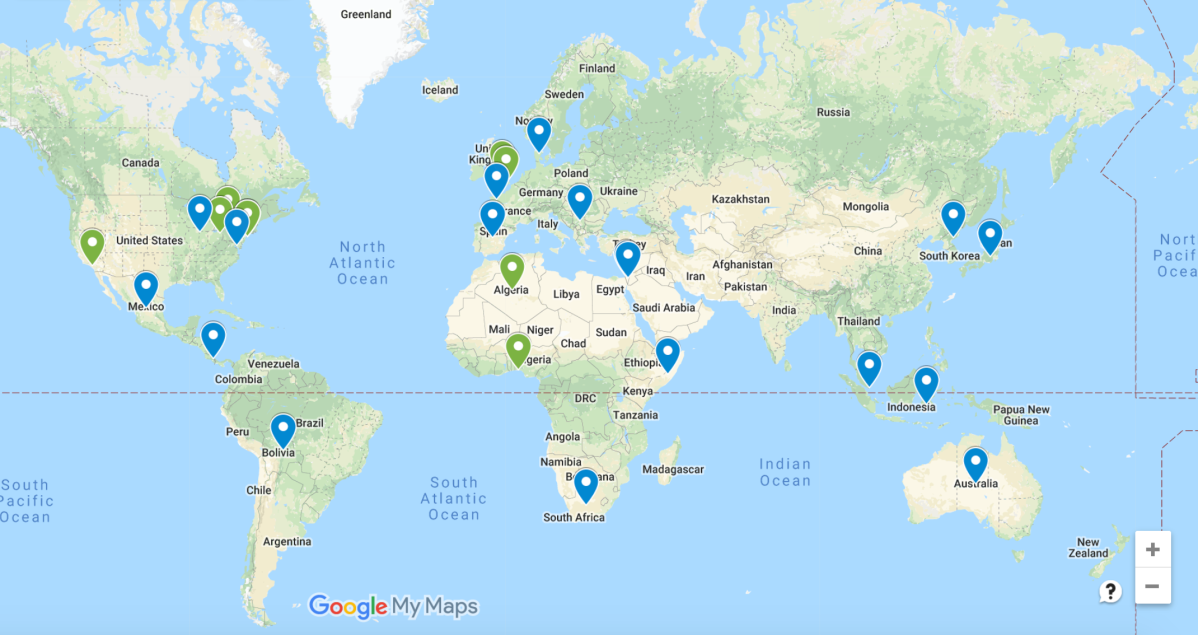 Blue is nonfiction, green is fiction.

I wanted to read 52 books, and managed to read 63(!), my personal best. I tend to read multiple books at once, viewing my reading as both entertainment and relaxation, *and* education.

Sometimes I miss the learning part of being in school (not the attending class, doing homework, or taking tests though), so I try to use my personal reading time as a way to expand my knowledge and understanding of the world around me. This year, I explored genealogy, European linguistics, yoga, the science of happiness, pregnancy, urban design, the importance of boredom, life as a black woman in America, global parenting tactics, and middle eastern politics/life.

Fictionally, I read a lot of speculative/sci fi(see favorites below), more mysteries than I usually do, and 13 non-American or immigrant authors. 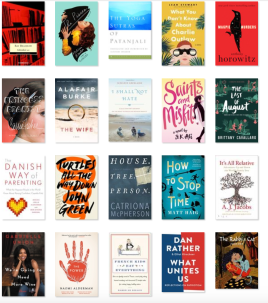 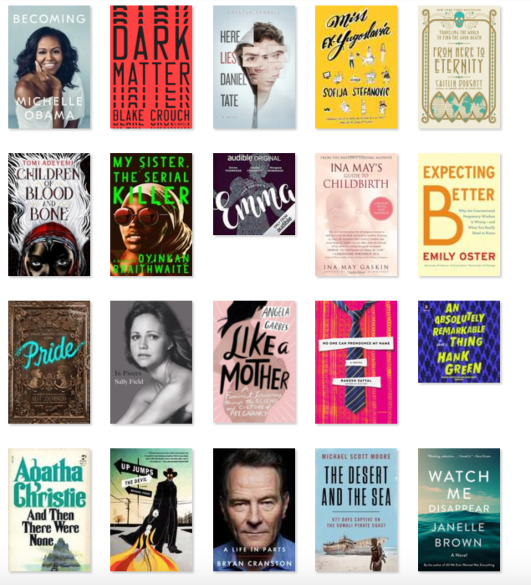 Out of the 63 total books read:

Below are my favorites from 2018. These are books that carried me away to new places, that taught me something new, that introduced me to people I’ll never forget, or otherwise showed me something new about the world. 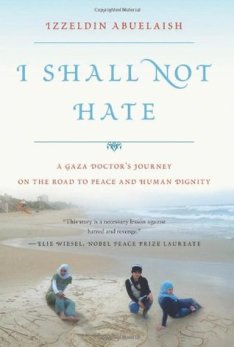 I Shall Not Hate: A Gaza Doctor’s Journey on the Road to Peace and Human Dignity by Izzeldin Abuelaish

I read this back in March, and still find myself thinking about it and the author from time to time. Heartbreaking and massively inspiring. I’ve never read a memoir quite like this. Not knowing that much about the Palestine/Israeli conflict before reading this, I learned a lot, and am astounded at the grace and compassion displayed the author, a Palestinian dedicated to serving humanity through his medical practice, who has suffered many indignities and tragic losses at the hands of the Israelis (namely the lives of three daughters and a niece). His story of rising above hatred and choose to love and serve despite of (and maybe because of) the daily struggles his people face was just so beautiful and inspiring. No wonder this man has been nominated multiple times for a Nobel Peace prize!!! 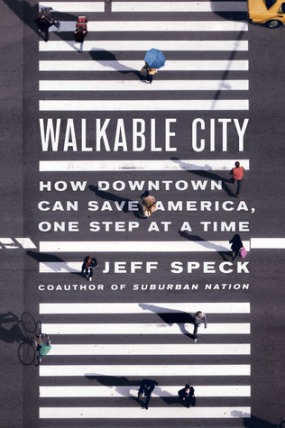 Walkable City: How Downtown Can Save America, One Step at a Time by Jeff Speck

Aside from the pregnancy books I read this year (all of which were so interesting), this was the most fascinating educational pieces of nonfiction and has been something that has really stuck with me as we travel. I learned so much about how cities work (from a design and financial angle), about highways and bike paths and pedestrians and what walkable actually means. I also leaned that I love urban design and find it deeply interesting. The authors voice, imo, was tinged with humor and I loved his anecdotes and footnotes. This book was eminently readable.

Quite possibly the most exhilarating and compelling piece of nonfiction I’ve ever read. This memoir read like a dystopian thriller. Details that we’ve all seen in the Handmaid’s Tale, the Hunger Games, Brave New World, 1984, the Giver. At times, the stories the author tells prove hard to digest. How can these things happen in the 1990s, the 2000s? These are tragic tales that belong in fiction. This book hit me at so many levels. It should be read and studied by everyone. Not only eye-opening and educational, but humbling as well as entertaining (not like ‘funny’ but engaging and unputdownable). READ THIS BOOK. It’s THAT good and even MORE important.

You can see my full review here. https://www.goodreads.com/book/show/20736640-dear-leader 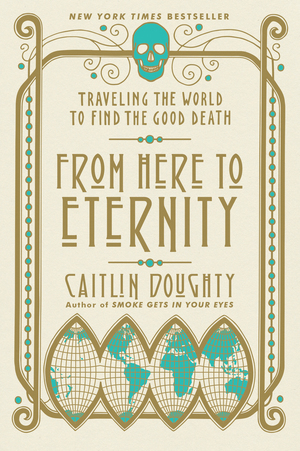 From Here to Eternity: Traveling the World to Find the Good Death by Caitlin Doughty

LOVED this death tour of the world. It was utterly fascinating to read about death rituals and values around the world, and the author, a mortician, wrote with compassion and humor. There was SO MUCH information packed in this book, and you get to visit so many places, from the US, Mexico and Bolivia to Indonesia, Japan and Spain. And it raises a lot of questions both on a societal scale (how did we end up with such a commercialized death culture in the US? why are we so scared of dead bodies in the US?) and on a personal scale (what do you want for your own death? would you ever feel comfortable preparing your parents’ bodies for cremation? how do you feel about death and why do you feel that way?). Death is not something I generally care to think about, it gives me great anxiety, so I read this as a personal challenge and a way to start broaching that subject with myself. I think much of my anxiety about death comes from how death is treated in the US, and if I’d been raised with the cultures and norms of some of these other cultures, I dont think I’d be as creeped or stressed out by it all, so now I want to learn more, expose myself to more non-American attitudes towards death, and get over the ick factor. 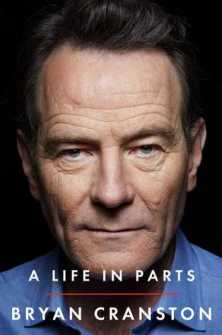 A Life in Parts by Bryan Cranston

I read so many good memoirs this year (with Michelle Obama’s and Sally Field’s standing out), it’s hard to pick a favorite, but I think that award goes to this one. I listened to the audio book and highly recommend it!! He is an excellent writer and narrator. Loved the structure of the hook, which was divided into super short chapters, each one about a “part” he has played, including actual acting gigs (Walter White, Hal on Malcolm in the Middle, LBJ), short-lived life experiences (cross country motorcyclist, paper boy, aspiring cop), to the larger roles he’s played in life (son, husband, father, brother, etc.) I found this enthralling and absolutely loved listening to his stories, his takes on fame and creativity and hard work, his insights into acting and the Hollywood machine, and all of the behind the scenes goodies of the shows I’ve enjoyed watching him on. Definitely one of the best celeb memoirs out there!

All of my favorites from this year fall into the speculative fiction category. Guess I have a type 🙂

The Power by Naomi Alderman

There’s a promo quote on the back by Joss Whedon that says it feels like a classic in that you can’t imagine it NOT always having been here. I agree. This feels big and important and like something students will one day study in English class. It’s a flip of the Handmaid’s Tale, an examination of a world in which women have the power (both the literal and figurative) and how that world might evolve over time. Would things be the same as they are now, but with genders reversed? Would it be a Wonder Woman esque female utopia? Something like Herland? Or does the gender of those in power even matter? Will they always turn towards aggression and violence and shows of strength?

For my full review: https://www.goodreads.com/review/show/2105946474?book_show_action=false&from_review_page=1 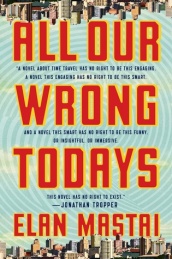 All Our Wrong Todays by Elan Mastai

This speculative fiction book won’t be for everyone. In fact, when I recommended it to my dad, who I thought for sure would love it, he was disappointed. But I tore through this book in one day. Could. Not. Put it down. While I’m sure it’s a bit light on science for some, and heavy on the drama for others, this story was the right balance of character development, plotting, and sci fi all wrapped up in an engaging, believable and humorous voice.

How to Stop Time by Matt Haig

Matt Haig is proving to be one of my favorite authors, due to both his books and his twitter presence where he advocates for mental health awareness. This book was just delightful! Exactly what I wanted out of this story. A fun and fascinating premise, a charming narrator and voice, and a story full of heart. I think this technically qualifies as sci fi, though it might be too light on science for some people (but its internal logic is solid, imo), and in some ways it could be considered historical fiction too. I just loved the different time period settings and the main character, too. If you read and enjoyed “The Humans”, you’ll like this one too. What’s next, Mr. Haig?? I dont even care what it is, I’m in! 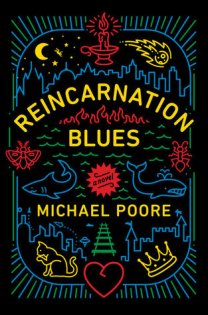 Holy smoking karma, Batman. Sometimes a book just hits you really hard in the feels. This hit me hard everywhere. The description made me think it might be a fun romp with some deeper commentary thrown in à la Christopher Moore, and in many ways it was that, but it was also a lot deeper, heavier, more philosophical than I had anticipated. In fact, I actually found it really helpful.On the surface, it’s about Milo, a guy who has lived 9,996 lives and still hasn’t reached perfection. He gets 4 more tries before being blasted into Nothingness by the universe. He’s also dating Death. And that’s just the tip of the iceberg. Through memories and flashbacks and reincarnations galore, we learn about the mysteries of life, must answer questions about right and wrong, and watch Milo try to succeed at karmic perfection. It’s funny and sad, haunting and lovely, a bit more violent and graphic at times than I would have cared for, oddly sci fi when he’s living his future lives, and deeply thoughtful, full of soul-tugging questions and big universal ideas.

The Strange Fascinations of Noah Hypnotik by David Arnold

This book was fantastic. My favorite of David’s books for sure. Crazy unique concept that he executed just so well. Fleshed out characters who felt tangible. Amazing dialogue; you can just hear David’s IRL voice behind his narrative one. The relationship between the two main male characters is whatever the polar opposite of homophobic is: a super straight kid and his super gay bff, and it just IS, and it’s beautiful and hilarious and such a complex friendship on the page.

And Now We Have Everything: On Motherhood Before I Was Ready by Meaghan O’Connell

Fearless. Flawed. Funny. Heartbreaking. Touching. Raw. Vulnerable. Deeply honest. Profoundly sad. Joyful, curious, self aware. I loved this memoir. It was like staying up too late drinking wine and eating cake with your best friend confessing all of the terrible things you think you shouldnt say, but most definitely should. Let’s destigmatize being honest, let’s let mother’s have a crap time, let’s cut each other some slack. I’m really glad I read this before getting pregnant, it should probably be required reading for anyone thinking of mating and making offspring.

Where have words taken you this year? What far away places and interesting people did you encounter through your literary travels in 2018? Which stories captivated you and taught you something about the world or expanded your mind? Where should I go and what should I learn about in 2019?