Recently, the husband told me his idea for a blog post about the places that changed his life. As he told me about his choices, I started thinking which ones I would choose. It’s a tough question!

Which places have I visited or lived in that were truly life-changing? That begs a followup question: how do you define life-changing? Did it have to actually change something in your life through an experience, a job, a house, a relationship, an accident, etc? What if the city inspired a change of outlook or a total flip of mindset? Could a place be life-changing if you’ve only been there once? If you never visit again? What does life-changing even mean?

After thinking about it for a while, I decided that life-changing had to be literal in some sense, that my life actually had to have been altered in some way. That the city in some way altered my path, and that in some alternate universe my life would be a little bit different for having never been there.

So without further ado, five cities that changed my life.

How it changed my life: Provided me a goal to work towards. 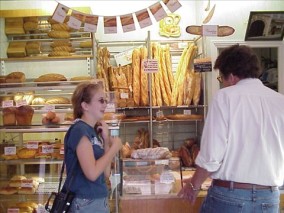 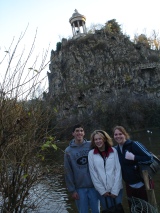 One of my favorite places in the city: Parc Butte Chaumont

A friend dyes my hair red for the first time, in my first apartment.

I’ve been to Paris six times, if you include the 10 months I lived there, the first time when I was only 11 years old. That was when I decided that French would be my foreign language choice (versus Spanish) and that one day I would study abroad in Paris. A few years later, my dad made me a deal: if I earned enough scholarships to pay for college, he’d pay for a year abroad in my own apartment so I wouldn’t have to live with other people. When I graduated high school with the IB diploma, I fulfilled the requirements for the Florida Bright Futures scholarship program and earned additional funding from UNF for my first year, thus meeting the requirements of my dad’s deal. My third year of college was spent living in Paris, studying French at the Sorbonne, something I’d been working towards since the first time I visited that gorgeous city. That was the first time I lived by myself, and was a year of MANY first adulting experiences that helped me grow up. To this day, it remains a place I adore with all of my heart, a place that feels equally familiar and exciting, comforting and confounding, and I would go back every year if I could. Taking the husband to Paris last year was one of the most satisfying travel experiences ever.

How it changed my life: Showed me what I didn’t want to do with my life

The Hollywood sign (and my high school friend C, who now lives in LA) 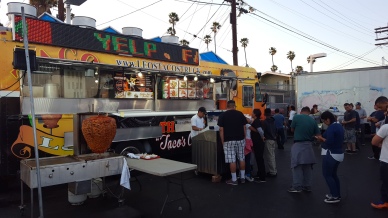 The best tacos in LA 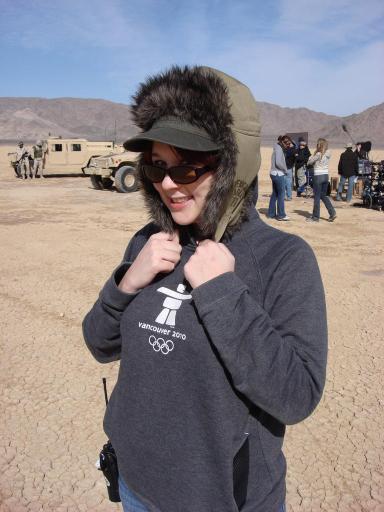 Time travel back to 2002, talk to high school senior Ashley and she had it all planned out: college in Florida, graduate in 4 years or less, move to NYC to work as the art director of Entertainment Weekly or move to LA to be a movie trailer editor à la Cameron Diaz in The Holiday. Fast forward a couple years, to the college years, and I was more set on the editing career in Los Angeles, convinced that I needed to be in Hollywood, working on other people’s movies, editing trailers by day, editing indie films by night. Fast forward a bit more to 2007 when I was the world’s worst PA on the set of my friend’s independent film and that’s when things started to change. Disastrous experience working on a set aside, I did not like Los Angeles. I’d already had a less-than-stellar experience a couple years earlier when visiting another friend, but thought it was just a one-off. The 2007 trip solidified what I feared: that I would not last in LA and did not want to live there. This realization took a while to settle in and led to my feeling a bit lost post-college, but it led to the best decision of my life.

How it changed my life: Introduced me to my husband, my cats, so many friends, and our home.

We got married at my parents’ house just outside of Nashville

Exploring downtown with the husband and MIL

My first friend here in Nashville, S, and I moved here at the same time and met working a crappy job in retail. Still friends and still loving this city. When I graduated college with no money, no job prospects, and no idea of what to do next, I moved to Nashville to live with my parents… temporarily. I spent a few months putzing around looking for jobs in my field, working retail, and writing a book, all while thinking that I’d figure out what I wanted to do and make a big life change. I just needed to get my act together first. Turns out, the big life change was making good friends, falling in love with a boy and realizing I felt more at home in this city than anywhere I’d ever lived. It’s one of the friendliest places I’ve been, full of warmth and generosity of spirit and charm. Whenever I leave, I am reminded just how special our city is and how much I don’t want to live anywhere else. Nashville wrapped its warm southern arms around me and hasn’t let go, nearly ten years later.

How it changed my life: Proved our remote lifestyle is doable 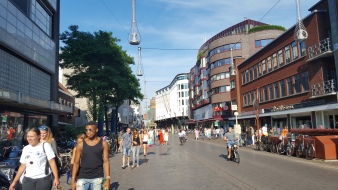 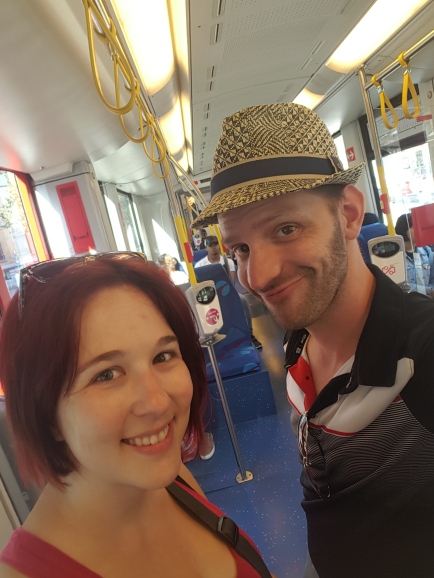 When I first saw the movie The Holiday*, the idea of two women swapping homes for a few months seemed absurd, but a couple years ago I discovered that home exchange is not just a fictional plot device and is in fact a thriving sub-sector of the travel industry. We joined HomeExchange.com unsure of what would come, and boldly accepted a proposition from a Dutch couple for a month-long exchange without knowing what to expect. We knew it would be a unique travel experience but did not expect it to be as life-changing as it was. The home swap and our remote jobs allowed us to do 43 days in Europe, proving to us, our families and our co-workers that this remote life is not just a dream. Now, the future I envision for our family — world travels with our kid(s), several weeks at a time — seems more possible than ever.

*I did not intend to mention this movie twice in the same post but now I realize just how impactful this silly romcom was for me!

How it changed my life: Introduced me to the adult version of my little brother

Husband, moi and my bro

My brother is six years younger than I am, so we’ve never been super close and have fought about everything you can imagine. For many years, I was convinced he didn’t even like me, and for many after that the pain-in-the-ass little brother was an arrogant asshole who easily fell into arguments and bad moods. He always seemed a little aimless and when he decided to move to a city he knew nothing about so he could be a snowboard bum, I figured it was a temporary thing, a brief post-college time for exploration and to figure out the hardships of living paycheck to paycheck. Your 20s are for figuring out who you are and what you want, and why couldn’t he do that in Tahoe? He was young and needed to have that time to figure his shit out. Flash forward a few years, and the brother I have now is a total 180 from the brother I’ve known and argued with for so long. My brother has been named Employee of the Month more times than I can count, is adored by his employers, works harder than I knew he was capable of, and impresses me every time we talk on the phone with his maturity, attitude and work ethic. Who is this kid? Well, that’s the thing; he’s not a kid anymore and in many ways my brother is unrecognizable — in a good way! South Lake Tahoe did for my brother what Paris and Nashville did for me: it molded him into an adult. A mature, calm, slower-to-anger, hard-working, reasonable, fun-to-talk-to, awesome adult. He’s making decent money and learning a ton through his job on the mountain’s maintenance crew, gets to pursue his love of snowboarding and nature, has friends who love the same things he loves, lives in a place where weed is legal, and most importantly is happier than I’ve ever seen him. I’ve been twice and now that my parents are buying a second-home out there, I look forward to spending way more time in the place that has made my brother so happy and more time with my pain-in-the-ass little ADULT brother.

How it changed my life: Gave me confidence

One of my oldest friends from DefCon, Thad.

Thad, me and some of my other longtime DefCon friends.

One of the many gorgeous hotels

Nervous, on the night of the Hackers Are People Too premiere 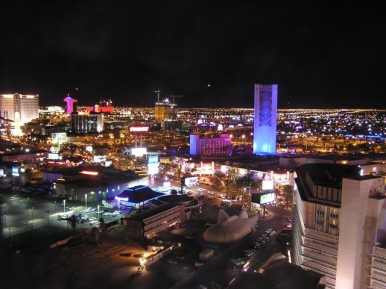 View from the roof (hint: don’t go on the roof of a Vegas hotel… just fyi)

I don’t even want to count this one since the experiences weren’t due to the city itself, but I feel that I have to since I went there 10 times in 13 years and learned a whole hell of a lot along the way. The (in)famous world’s largest hacker conference, DefCon, has taken place in Vegas for 25 years. My dad first took me when I was 16, and over the next 13 years I attended 9 more times. Through those years I met hundreds of fascinating people who were all smarter than me who taught me about information security and the hacking community, and many of whom became my friends. Those early years at the conference led me to creating Hackers Are People Too, a documentary I made in college partly as a lesson in editing and partly as a love letter to a community that has always welcomed me. Over those years I also learned how to interact with the opposite sex; as a huge dork, I was never super popular with boys in school, but at DefCon, amongst nerds and dorks and people who thought like I did, I found a place I felt comfortable and boys who liked me. It was a safe place for me to learn how to flirt, to practice my budding confidence and, yeah, maybe get caught making out on the roof of a hotel (note: I do not recommend doing that). Las Vegas has a shady reputation (for good reason) and is probably my least favorite place in America — so much concrete, commercialized sex, drunken tourists, gaudy displays of wealth, an excess of ways to lose your money…. need I go on? — but Sin City felt like a safe place to break the rules and push boundaries, allowing this rule-follower a taste of something edgy.

I wonder which city will next be life-changing for me and my family. What does life-changing mean to you and your family? Which cities were life-changing for YOU? What other ‘life changing’ travel-related categories should we tackle? Tweet us or find us on Instagram: @ashleyschwartau and @justinbonnema.